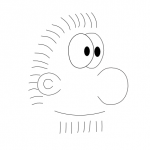 In the end of the summer of 2016 i got my ham license. This is something I wanted since I was a kid but never got around to do. Since then I met quite a few new friends (this guy, among others!) all stuck in the hobby. 🙂 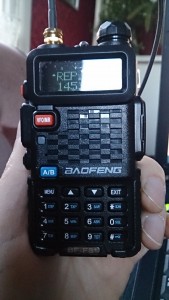 Not exactly this one (but one looking like it) was the first radio I bought. They are cheap and work quite well! 5W of output power makes it possible to reach repeaters up to 50km away. Amazing! 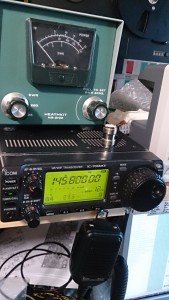 After the handheld I got this one from my local radio club. An iCom706MKII. It was cheap because it was deaf on the 2m band. HF worked quite nice, though! I found the problem and after some interesting repairs (not much was left of the pcb traces from the previous owner) i sucessfully repaired it. Now it seems to work just great. 🙂 It only has 20W of output power on 2m, though. 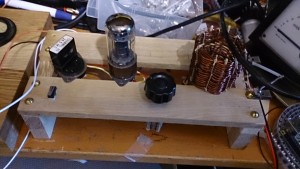 This I built during Christmas leave at KRAS. My friend Johnny (first link) had all the parts and I made the wooden pieces accordning to some original drawings from the early days. This is just for CW (morse code) but gives up to 10W of output at 3.56MHz. We built one each. 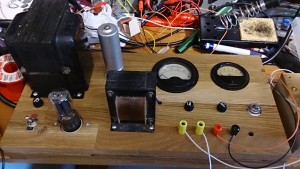 I wouldn’t power the tube transmitter from something silicon based… So once again Johnny had some parts for me and I built this. It gives me about 340V DC at idle which drops to about 280V at 30mA load. Maximum load is 100mA. Seems to work nicely with the transmitter which chirps nicely when the voltage drops. 🙂 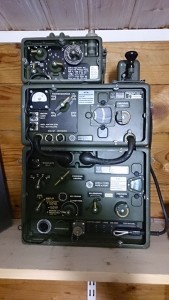 Got this from Johnny as well. A nice condition RA200 military radio including (empty) battery box and utility box. I think I got it up and running but I need a better antenna (so far I only have a 2m transmitting antenna and a 0-30MHz active receiving antenna mounted) to test it further. I did receive distant stations with it, though. And the transmitter seems to work too. 🙂